The Louis Raemaekers collection at The Hoover Institution Archives 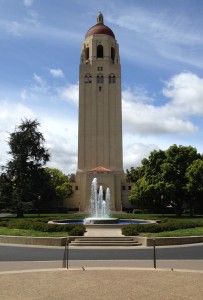 The Hoover Institution Archives, with its vast original documentation on modern history, are a core component of the institution that Herbert Hoover (1874–1964) founded at his alma mater, Stanford University, in 1919. After graduating in Stanford’s pioneer class in 1895, he would go on to become a successful mining engineer, generous benefactor, well-known humanitarian, prominent statesman, and president of the United States.

When the Great War broke out in Europe in 1914, Hoover became involved in a relief effort to help its civilian victims. He traveled freely through the war zones and negotiated with generals and heads of state. In 1915, his good friend Ephraim D. Adams (1865–1930), professor at the history department of Stanford University, suggested that he save the records of his relief organization, the Commission for Relief in Belgium, and place them at the university for the benefit of Stanford students. Hoover realized that he was in a unique position to collect fugitive information about the Great War that was then unfolding. It was this idea and vision that would lead the Hoover Institution on War, Revolution and Peace into becoming the largest private repository of documents on twentieth-century political history.

In 1919 Hoover offered the university a personal check for $50,000 to collect primary materials on the Great War. Professor Adams went to Europe and began assembling materials for the Hoover War Library at Stanford. Adams collected pamphlets, society publications, government documents, newspapers, posters, proclamations, and other ephemeral materials because of their influence in stirring up nationalism and political movements. In his history of the origins of the archives, Adams emphasized that most of the materials were received as gifts and that reference books to support the archival collections were purchased with great care.

The founding collections of the Hoover Institution Archives include the extensive files of the Commission for Relief in Belgium, the U.S. Food Administration, and the American Relief Administration in Europe and Russia. Hoover added materials such as nationalist pamphlets that he acquired in the course of his work for the Paris Peace Conference. These files, as well as the ephemeral leaflets, posters, and diaries that other scholars collected, formed the basis of the institution. The emphasis was on saving materials that would ordinarily be quickly lost: publications intended to respond to a specific historical moment, eyewitness accounts of historical events, correspondence and memoranda by public figures, and files of international humanitarian organizations. Posters, film footage, and photographs were important components of the collection from the beginning. The archives, originally a repository for documentation on World War I, grew to encompass the records of the fascist, communist, and nationalist movements that precipitated World War II. When the university library no longer had space for the growing collections, Hoover raised funds for a separate building to house the library and archives, the Hoover Tower. Completed in June 1941, the tower provided the necessary space to continue the work of documenting war, revolution, and peace. Since then the collection continued to grow.

In all there are more than five thousand separate collections in the Hoover Institution Archives, including millions of individual documents from the entire range of twentieth-century history and politics around the world. Detailed descriptions of the histories and major collections of each curatorial area are available for Africa, the Americas, East Asia, Europe, the Middle East, and Russia/Commonwealth of Independent States. All this material is stored in approximately 100,000 boxes and made available for use in the Hoover Institution Archives reading room.

When Louis Raemaekers travelled to the United States at the outbreak of World War II, he took from his home in Brussels a vast collection of personal papers: correspondence, pictures, invitations, menu cards, brochures, albums with newspaper clippings and about six hundred drawings and sketches. Just after arriving in New York in summer 1940, he send this collection for safekeeping to the Hoover War Library. In 1944 the collection was donated to the library, where it remains today in the Hoover Institution Archives.

In 2003 Linda Bernard and Olga Dunlop made an inventory of the Raemaekers collection under the title Register of the Louis Raemaekers Papers and Artwork. The collection was described in 2006 in the chapter ‘Louis Raemaekers: The Biting Cartoonist’ in A Wealth of Ideas: revelations from the Hoover Archives.